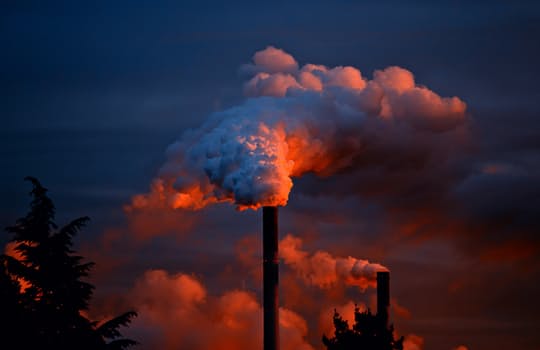 The Politics of Denial

Why Can’t They See the ACA Doesn’t Hurt Them

January 8th, 2018
I am researching the second and third parts of a 3 part series at dabblerduckbutts.com.
The Subject of the series is what in the world are people going to do when the Fourth Industrial Revolution really hits.
The immediate crisis is with the Republican Congress and Trump presidency. 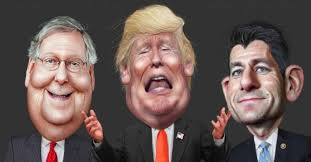 As the graphic above portrays these three men are responsible for the decline of the American Democracy.
Their big goal was reached before Christmas 2017.
The $1.5 trillion gift to the wealthiest of Americans.
That in itself is abominable but then their stated goal for 2018 is to destroy Medicaid, Medicare and Social Security.
These programs are the biggest thorn in the Republican’s eye since their inception.
The main portion of these posts is at dabblerduckbutts.com. But there is just so much information to review, theories to test, facts to check, opinions to test.
I need a less formal place to write and test these posts.
Blogger is a great tool for individuals to practice, to learn their craft, to share personal insights, to craft a response to the unmitigated meanness of the Republican Party.
I believe that they are trying to get all their changes into play before the 2018 mid-term elections.
They wouldn’t be this brazen if they didn’t have some tricks up their sleeves.

What could it be?

I know that they have been really working the extreme gerrymandering since the last census.
So all of their numbers gains are in place to thwart the popular votes as in Gill vs Whitford in WI. The case was heard on November 17, 2017, and many are breathlessly waiting for the decision.
It is an uphill battle for the plaintiffs (Democrats) because this is the first case that the Supreme Court has heard in 30 years.
With the addition of Justice Gorsuch to the bench, the conservatives are balanced with the liberal. Justice Kennedy holds the key. I am not hoping for a miracle.
This post is going to explore the Affordable Care Act and why it is necessary to force the Republicans into not scrapping this legislation.
I do not know how it is going to be possible but it will be a test of Democrats planning and execution.
They have had ample time to focus on how to win. I am not privy to their deliberations so we will have to wait.
But I need to bring some facts forward to shed light on why there is such a need for the provisions of the ACA.
In addition to the Industrial and Manufacturing side of the Fourth Industrial Revolution is the Human or Class side.

The working class and the middle class have been stripped of their money.

The Class side are being deprived of employment and advancement possibilities as the Artificial Intelligence models favor the rich gaining even more clout over the other classes.
The Class side includes women who have been stripped not only of their self-worth by horrible men and they still do not hold their true value in the employment; opportunities, wages, advancement.
All of these forces are gaining momentum and attention will be focused on them as the effects of the Fourth Industrial Revolution increase.
It will have a snowball effect and the people holding back, stalling, and obfuscating will no longer have any choice but to turn and face the onslaught.

However, they won’t have the advantage of maneuvering room and the results of the advance portions of disrupted citizens will be pressing on them.

I am going to share information what Advisors to Bernie Sanders have shared in the article written by Tori Rodriguez, MA, LPC.

It is stark, foreboding and starts by sharing some of the same information that we have looked at in past posts.

“Income inequality in the United States has increased steadily in recent years and is now at its highest level since the 1920s. Mexico, Chile, and Turkey are the only members of the organization for Economic Cooperation and Development with higher levels of inequality than the United States according to the Gini coefficient.”

The Gini coefficient is a statistical measurement that represents the income or the wealth of a nation and how it is distributed among its citizens. It is typically used to measure inequality of wealth.

I think we should all stand and give ourselves a round of applause and a clap on the back!

We are not the lowest on the ladder only FOURTH LOWEST.

The richest country in the history of the planet and we are Fourth from the Bottom, and Trump and the Republicans are driving us lower, faster.

In the United States, before the 2017 $1.5 trillion tax gift to the wealthiest Americans, the income was distributed to the top 1% has more than doubled.

The top-earning .1% of households now control the same amount of wealth as the bottom 90%!

It will come as no surprise that the wealth gap is most pronounced in racial minorities.
Many factors have been around since slavery and still persist such as job and housing discrimination, exclusionary zoning laws, unequal education, and inheritance laws that perpetuate past inequalities, the wealthy make sure that their wealth does not get ‘distributed to others thru inheritance taxes etc.’

Just hang on it gets worse.

“The number of US households living in extreme poverty, defined as incomes of less than $2.00 per day, has more than doubled to more than 1.6 million people.”

How does $60 a month compare to your income? More than 1.6 million Americans are forced to live on this.

Health inequality has increased along with economic inequality. The prevalence of most chronic illnesses, such as heart disease and arthritis, rises as income declines.

“Life expectancy has also widened between the wealthy and low-income Americans: the poorest 1% of citizens have a life expectancy 10.1 years for women and 14.6 years for men less than compared with the richest 1%.”

YOU pay the cost of higher hospital bills that are then rolled into higher health insurance premiums for you.

Because as patients’ use of care declines as their cost-sharing obligations rise the worse their health gets.

Of course, you can join the Republicans who advocate “DON’T COVER ANYONE THAT DOESN’T HAVE INSURANCE.”

An example: “Texas has imposed onerous regulations and funding cuts on family planning clinics, causing closure of many and a subsequent increase in unwanted pregnancies.”

Texas appears to have the same mindset as they do for flood prevention.

“We don’t want the expense and the hassle of all the development planning.”

So, what happens when the floods come, and they always do, they hold out their hand to the federal government for well over $35 billion dollars and they let US PAY FOR THEIR STUPIDITY. And we just keep taking it. Who is STUPIDER?

“What are the American ideals?

They are the development of the individual for his own and the common good;  the development of the individual through liberty; and the attainment of the common good through democracy and social justice.” Louis D. Brandeis Associate Justice of the Supreme Court
I hear from people on occasion, not as much as I used to (I suppose they have just unfriended me), saying that we should be doing that, let them lift themselves up by their own bootstraps. I hold my tongue as best I can, but my answers are two:

First, at some point in your past, someone helped your ancestor. Maybe it was a small thing but everyone has been helped along the way.

Second, if you don’t believe in a god then the social justice that Justice Brandeis holds you to account.

If you do believe in a God, every religion that I am familiar with holds that YOU ARE YOUR BROTHERS KEEPER.

When voter suppression takes place as is happening more and more frequently now, at some point YOU will be the odd man out. What goes around comes around.

If you don’t lift a hand to stop bigotry you may very be the next one to suffer those consequences.

If you don’t stand up for someone being discriminated against, you could be the very one suffering in that position next time.

What happens in Fascism in America:
Sinclair Lewis titled his 1935 novel about a fascist threat to the United States “It Can’t Happen Here“.

The novel tells the story of “Buzz” Windrip, who defeats Franklin Roosevelt for President in 1936 after a campaign based on stoking fear, promising unlikely economic reform, and championing patriotism and “traditional” values.

Philip Roth developed a similar theme in his 2004 novel “The Plot Against America.

This time it is 1940 and FDR is defeated for reelection by the real-life aviation hero and pro-German “America First” anti-Semite Charles Lindbergh.

Both books are works of fiction, but the domestic fascist threat to the United States prior to World War II was all too real.

Unfortunately, and frighteningly, it may be all too real in the United States again today.

To continue our look into “The Politics of Denial” a very large boulder fell on my head.

I had not considered this next quote before.  Jails are the largest in-patient mental health care facilities in the USA.

I wonder who pays for the costs of the jails, the hospitals, the cemeteries. I wonder.

Do you wake up in the morning hoping the other shoe is not going to drop today?

Is a medical bill you can’t pay hanging over your head.

I went without insurance for 7 years and thankfully nothing really eventful happened other than prescriptions were not covered by insurance such as the costs for diabetes insulin and supplies.

One of the very first thing that Trump’s people did when they came into power?

They disallowed Medicare from paying for blood test strips.

“Trump Official Says Diabetes a Preexisting Condition Not Worthy of Coverage” this is Mick Mulvaney the Office of Budget and Management Director.

I don’t know where he gets his information but most diabetes is brought on by the pancreas just not making enough insulin.
Put another way:
“Donald Trump’s budget director specifically called out people suffering from diabetes as a group of Americans who do not deserve the protection of health insurance.”
I am fighting a $900 pharmacy bill for a one day’s stay in the hospital.
I wasn’t told that since I was in for observation that the regular insurance doesn’t cover the meds. $900 in one day!
This next is the part that grabs my butt. I replied ” If I would have known that I would have brought my meds from home”. NO NO NO We don’t let you bring in your meds from home!!!!!!!!
This my last quote of this article. “Among Americans who struggle to pay medical bills, an estimated 34% were unable to pay for food, housing, or heat, and many secured high-interest loans, had several jobs, or worked overtime.”
These are your neighbors. These are people you work with. Do you even know?
Trump’s solution – take away insurance altogether. Throw the people out into the streets. Let them die a slow death.
This is coming to your television screen soon!

I’m sorry that I get a bit preachy. But doggone it how can these guys live with themselves. These numbers are so brutal and they are so selfish. A few dollars out of their billions and they would have more billions that they have now. Unbelievably stupid!