Words Matter – or They Don’t

Originally posted on Facebook  August 25th, 2017
Dated Today: December 24, 2017
This blog post was written to accompany the pardoning of Sheriff Arpaio.
After he pardoned the sheriff a hue and cry arose to impeach Trump.
Most people saw it as a prelude to Trump pardoning everyone charged with a crime in the Russia Investigation.
This was before anyone had come forward and the only charges were related to the campaign.
Trump had also opened the question that he could even pardon himself.
That brought a hue and cry from constitutional scholars.

re: The Matter Before Us: Say What? Impeach?

When I was growing up and until I read this piece I thought most fathers wanted their kids to follow in their footsteps. HMM…
The article is by Heather Long @byHeatherLong
She traveled the Rust Belt talking to factory workers. “Over and over, in Ohio, Pennsylvania, Wisconsin, Michigan, and Kentucky, men and women have told me two things:
“They love their manufacturing jobs and don’t want them to go away. But they don’t want their kids to do these jobs.”
Jeff Neibauer, 60 in Waukesha WI said: “To be honest, I steered my children as far away from manufacturing as I could”(he makes $30 an hour).
Every parent wants their kids to have an even better life than they did. Neibauer felt strongly that, for his children to live the American Dream, they would have to ditch the blue-collar lifestyle he led and aim for a white-collar job in business or healthcare.

“Hundreds of miles away in Reading PA, Lisa (she didn’t want me to use her last name) sat on her back porch and told me she had lived the American Dream. Lisa owned a home with a small pool and an abundance of plants thanks to her $22 an hour job at a paper factory nearby.” But she was glad her daughter went to college and works in an office. ‘I didn’t want her to work as hard as I did physically, Lisa is an optimistic 55-year-old, told me before the election. “Its difficult working odd shifts and 12 hour days in steel tip shoes’. Lisa was laid off at the end of last year when the Neenah Paper Factory shut for good.  She wasn’t sure she’d ever be able to earn $22 an hour again. It was the second time in her life that Lisa had toiled for more than a decade in a factory only to lose her job when it closed.”

The American Dream used to be about owning a home, a picket fence, and a safe place for their kids to come home to, a good school and a church nearby. Now the American Dream seems to be a stable job.
The United States has lost 5 million manufacturing jobs since 2000. It is a key reason parent don’t want their kids to do what they did. They want them to get a career, a chance for more hope, for more income, for stability.
“Sal Moceri has worked for years at Ford in Detroit. He is quick to call Ford ‘one of the greatest companies in America.”
Moceri, a lifelong Democrat and union member, voted for Trump because ‘A lot of doors shut behind me over the years’ at Ford. The opportunity to live a middle-class life he said ‘is no longer there’.
“None of Moceri’s three children went into manufacturing. One is a science teacher, one is training for law enforcement, and the youngest is studying biology.”
Ms. Long continues “many factory workers had followed their fathers and grandfathers into manufacturing. The decline of manufacturing jobs is tragic for America – and a sign of the end of the middle class. “These workers also saw ‘the writing on the wall’. These jobs weren’t coming back and even if they did it would be for a lower wage.
‘Moreci works at a plant for $30 an hour. Younger workers around him work for $20 because they are under a different contract.’
(I will interject here – I’m the one writing this remember? Didn’t we learn in Civics or history or econ class that a country can only survive if it has a strong middle class? Or was that to be successful? ).
In nearby Lapeer MI, 28-year-old Angelica could only find factory jobs that paid $10 an hour. It wasn’t enough to cover childcare for her 3 sons. She is now back in school training to be a nurse.
Let’s look at the boss’ side of the story. True the assembly line type jobs, screwing in a bolt here, a screw there, are gone. Manufacturing is changing to high tech just like the rest of the country.
“Suzanne Kelly is CEO of the Waukesha Business Alliance. She meets with CEOs of about 50 manufacturing companies in her area. They all have one complaint. They can’t find enough skilled workers to handle the advanced machines nor the complex orders.”
Kelly told CNN Money in April 2017 “It is the one thing that could hold our economy back”. Not enough talent for businesses as they move forward.
I find that to be very scary. One the one hand Trump is railing against immigrants because they are taking American jobs.  On the other hand, businesses are saying the problem is ‘there aren’t enough skilled workers.’ Can both statements be true? Probably not for long. Soon the migrants, field workers, and low-end workers in the city jobs like restaurants, slaughterhouses etc will disappear.
The high tech jobs that could salvage America are not being filled by Americans because there aren’t enough of them willing to learn how to unravel the mysteries of science. The big tech companies have relied on highly educated people from overseas. But those people are being stopped from entering the US by the shut down of the H-1B Visa program. Now what?
The jobs that required sciences will move overseas. The messy jobs like slaughterhouses will move overseas. India would love to have these jobs. There is a tussle going on in India because the Hindu’s (now in power) want to end the slaughter of cows. While the Muslims need them for food and jobs. (Most of India’s meat comes from buffaloes).

So What’s Left for Americans

So where does that leave Americans? Trump won’t let highly educated people into work for the high tech companies like Apple, IBM, Google etc. (They are outsourcing their work so American workers don’t get any benefit from Trump’s arbitrary rulings). In fact, by keeping the India people out he is supporting their industry that will soon compete against ours. Dumb! So these jobs, if they can’t be outsourced are going to end up where? Overseas! The skilled jobs like manufacturing that require advanced training? Overseas!
What jobs does that leave for the Americans? I think that leaves the unpleasant jobs that migrants used to do. Picking crops and working in the slaughterhouses. Oh, wait those jobs went overseas also. So, very hi-tech jobs, skilled jobs in manufacturing, low skill ‘dirty jobs’. American’s don’t want to learn, Americans are too snooty to do. But it seems those are the only ones left.
So where does that leave Trump? He throws out the highly educated so that they can become a competition for American jobs. He throws out the migrants that do the work that Americans don’t want to do. He throws out the people willing to do those unpleasant jobs because they know they can work their way up. The only game even partially open is the highly skilled manufacturing jobs. But what is going to persuade American’s to start learning to use their brains?
I guess what’s left is the military. As I have read those jobs are becoming pretty hi-tech also.
So to summarize:
Jobs Available – Throw the people out
Jobs that need skilled training – Not sure but most gone
Jobs for the Highly educated – don’t let those people come in. Throw the jobs out.

I have read that schoolmasters in India are pleased that their students can’t get the H-1B Visas anymore. It means rather than teach their student s to aspire for highly educated jobs and then leave for the United States. They will be able to keep them at home and shortly beat the Americans or play ‘Whack a Mole”.

The Sadness in My Bones

Sign away the prospects of thousands of jobs and the opportunities to maintain the ability to win on the world stage. Kill the TPP and kill America’s influence in the East. Kill the Paris Agreement. Kill the ability for millions of people to remain in their own homes and lead dignified lives? Kick ’em out in the streets.
I cannot express the sadness in my bones. These are not even short range positions. By not encouraging and supporting ‘green’ industries where there is unprecedented proven growth he tries to turn coal into an industry again. China now is outstripping the US in green production. Ah, but there is one industry where Trump can still try to win. WAR!!
War has made more billionaires than any other pursuit. Since the beginning, Trump has pushed for shiny new bullets. Oops, he has pushed for a shiny new wall too? Can both be purchased at the same time?
That is a $3 billion expenditure. He just gave $1.5 trillion to the already wealthy. He is running out of trillions I think. Well, wait, his Republican stooges are going to take away, Medicaid, Medicare, and Social Security. Maybe he can make it all work.
So he just has to engineer a way to not have single-payer medical care, not have people stay in the family home, not have people live longer than 50 as earlier in the last century.
The young people will be fighting the wars. That means older people will have to fill in and do those unpleasant jobs nobody wanted but he kicked the people out anyway. That means that won’t live as long and!!! 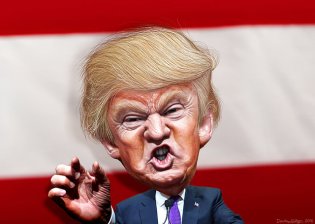 An update on the tax and gift to the rich. I read an article today that said the rich are having a very hard time. They can’t spend their money since they have too much. And this was before the gift of last week.

I think that I am going to post my new slogan, hang on a minute 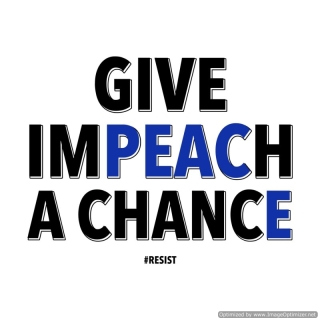